The Case for Restarting Wars


It was a while coming, with great expectations and without the brain melting hand of George Lucas on the tiller.  So many metaphors, but such a big movie.

Star Wars Episode VII: The Force Awakens blasted into cinemas, setting box office records alight and burning all the competition.  The sense of expectation and anticipation was extraordinary, and while this is my review of it, I have to admit, the film lived up to the hype.

The fact the story is a copy of the “original” (or “holy”) trilogy was not really a problem for me.  Sure there were no “fantastic” new worlds with staggering architecture and sprawling societies – they were left behind in the remarkably tedious “prequel” trilogy.  Instead, we got small snippets of alien worlds, the story taking place with the actors in front of the camera rather than in the special effects and cinematography behind the actors.

The story is simple.  The baddies are bad; the goodies are… well, good, but not seeming to do a whole lot.  Rei, heroine and merchandise poison (or so it seems; how else to explain the lack of Rei-related merchandise?), meets up with BB8 (a toy seller’s wet dream) and ex Storm Trooper Finn (no spoilers there, I hope) to set off on an adventure around the galaxy, with the remnants of the evil Empire never far behind.

The acting is all around fantastic, though Domhall Gleason as the Ginger Commander of the First Order Forces seems to be channelling the high camp General Zod from Superman II more any Grand Moff from earlier movies.  Harrison Ford appears to be enjoying himself, and the amount of emotion Carrie Fisher manages to convey despite her mostly immobile face is impressive to behold.

There are some glitches in the logic of the movie, but these seem to be J J Abrahms plot contrivances rather than anything more sinister.  Remember the trans warp beaming from the revamped Star Trek movies that, logically, eliminated the need for the Enterprise and Starships of its ilk all together?  There are similar issues here (hopefully it’s not too much of a spoiler to point out the limited number of “refuelling stars”), but it really doesn’t matter too much – these films are fun and mad, and while those issues do kind of take me out of the universe and make it seem just a touch too fanciful, I enjoyed myself nonetheless. 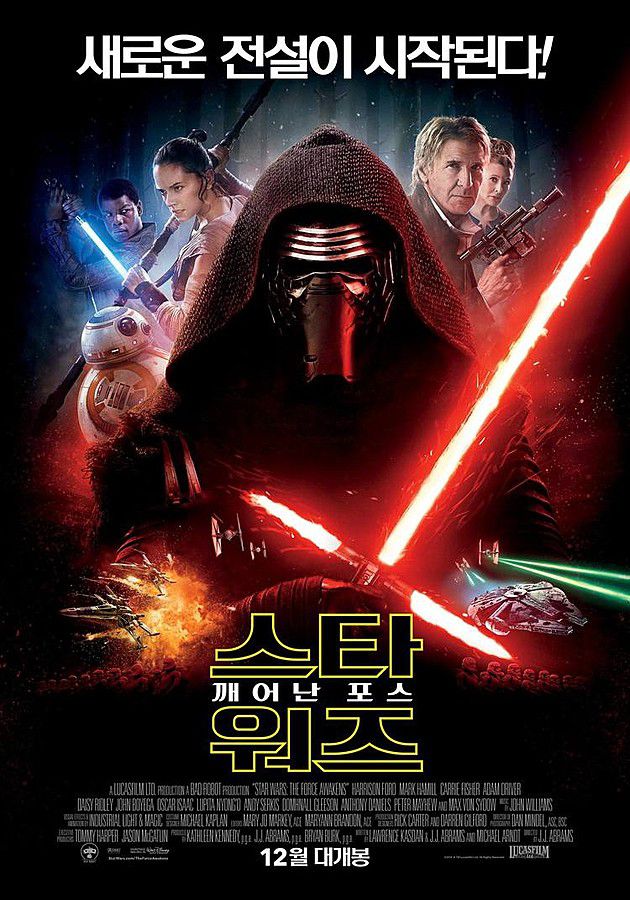 I saw the film twice, both in 3D and 2D, and while there was nothing lost in the 2D version (the missing Fox fanfare I only picked up on at my second screening), the sight of the Star Destroyers and ships flying around space in 3D was definitely impressive.

Verdict: I surprise no one and go against no other review when I say The Force Awakens was great.  9 stars out of 10.  Now I wait anxiously for the next one…

The Case for a Weekend of Concerts

It was a dark and stormy night when Elton John came to town.

For one night only, in between a concert in Sydney and another in Hong Kong, the legend that is Elton John came to Wellington to perform at the legendary Cake Tin, bringing with him a whole swag bag of hits.  Its just a shame he didn’t bring some warm weather with him.

To give the weather gods credit, it wasn’t raining.  But it was fairly cold, a snapping breeze biting me every so often, probably made worse by the fact we had a good (if distant) view of the stage from the upper rows in the stands.

We missed most of the opening act, finding Solo Mio a jovial group of young Polynesian lads with strong voices and a determination to sing “I see fire” just as they headed off the stage.  Then a young Australian with an incredible gift for the piano and a fairly weak voice came on for about half an hour before Elton John took the stage, his jacket twinkling with black sparkles and his fingers ready for some key thumping action.

‘
‘There were some songs from his new album which were jaunty enough, but Elton got into the classics fairly quickly, with a rendition of “Candle in the Wind” that had everyone reaching for their cell phones to drain their batteries for a candle-like vigil.  Slow and fast songs came along, some easily recognisable, some less so.  My favourite song was “The one”, which he performed basically unaccompanied and completely engrossingly.  As most artists feel the need to do these days, he dedicated a song to Jonah Lomu and the All Blacks, his choice being “Don’t Let the Sun Go Down on Me”, which once again had most people reaching for their cell phones and draining he battery away by switching on their torches.  Hit followed hit, recognisable songs interspersed with the odd song that meant more to John than to the audience, but he finished off with a rousing and invigorating edition of “Crocodile Rock”, not hanging around for an encore and instead dashing off to his jet off to bring joy to Asian masses.

Verdict: Elton John is an amazing performer and put on a solid and entertaining performance.  I wasn’t expecting to be blown away by the concert, but I enjoyed it immensely.  Not sure if I would go back again, but I am glad I have been to see him at least once.  8 piano men out of 10.

The next day, I was up to Auckland for the second Fleetwood Mac concert, their 120th and final on this particular tour.  The concert the night before had suffered from rain and, in the end, a lightning storm, but while the evening was not incredibly warm, the skies were mostly clear and the air pleasant, and there was not too much of a breeze to blow the cold air around, though it did a fair job of dispersing the pot smoke around the venue.

I was in the cheap standing “seats” of Mt Smart stadium for this concert, at almost the exact same spot I had seen Bruce Springsteen a year or so before.  The crowd this time looked a lot less corporate in disguise, though still on the more mature side of the age spectrum.  Some looked already a bit intoxicated, or high on life, or some banned substance anyway, but everyone was in a good mood, even as they brought out punnets of chips, plastic bottles of wine, kebab wrappers and other assorted detritus to leave on the ground for everyone to try and navigate around and not end up breaking a limb.

We managed to miss any pre-show and arrived in the 20 minute break before Fleetwood Mac took to the stage.  And once they did, the magic began.  The whole team was about this time around, Stevie Nicks well rugged up, and Christine McVie earning mega plaudits for rejoining the band and bringing her own songs to the Mac mix.  Everyone seemed to have a great time, probably relieved that this was the last show.  The mix was mostly hits, the odd “meaningful” song once more not always capturing the audience’s attention.  Nicks dedicated “Landslide” to Lomu and the All Blacks (a few who were in attendance, apparently, though I am sure they did not have to pay for their ticket), and Lindsey Buckingham kicked butt as he usually did with his incredible guitar playing, spoiling the mood only slightly when his song introductions went beyond being amusing or interesting anecdotes and instead plunged headfirst into long, not particularly interesting speeches that had the people near us – and us ourselves – rustling a little and checking out Facebook if the amount of traffic flowing through the signal towers allowed it.

As per the programme, the band played for around two and a half hours and came back for two scheduled encores.  Christine McVie really made herself felt with “You Make Loving Fun” and “Little Lies”, which had the entire audience singing along, and in the encores, her contribution to her own song “Don’t Stop” made the crowd go wild.  After a bit of good natured ranting and some incredible drumming from Mick Fleetwood, McVie finished off the night with “Songbird”, which is not one of my favourite songs but seemed an appropriate way to end the night.

Verdict: Fleetwood Mac were amazing.  Again of course.  Go back?  Definitely 10 Songbirds out of 10.