The Case for Herculean Efforts


The reason to go to a Dwayne Johnson film is because the man himself oozes charm and watchability out of very muscular pore.

And Hercules, the second film about the Greek demi-god released this year, only really works because of his incredible charisma.

The rest of the cast is pretty impressive, considering the style and the material, with Ian McShane being only partly cray cray, John Hurt being old and yet threatening, and Ralph Feinnes as the King of Athens looking all delicate and flimsy next to the bronzed bulk of the mighty Rock.

But the story is fairly predictable (and occasionally a bit nonsensical; where did all the armour and weapons come from again?) and the jokes are fairly hit and miss, and it all comes across as if everyone is not taking the material seriously at all – though to be fair, that is probably a good thing.

In this tale, Hercules is a man for hire, off to help Kings and men, all for a price in gold.  He is joined by a thief, a wise man, an Amazon warrior, a berserker and a story teller, all of whom bring different skills and talents to help build the myth of the invincible Hercules, assisted ably by the imposing presence of the man himself. 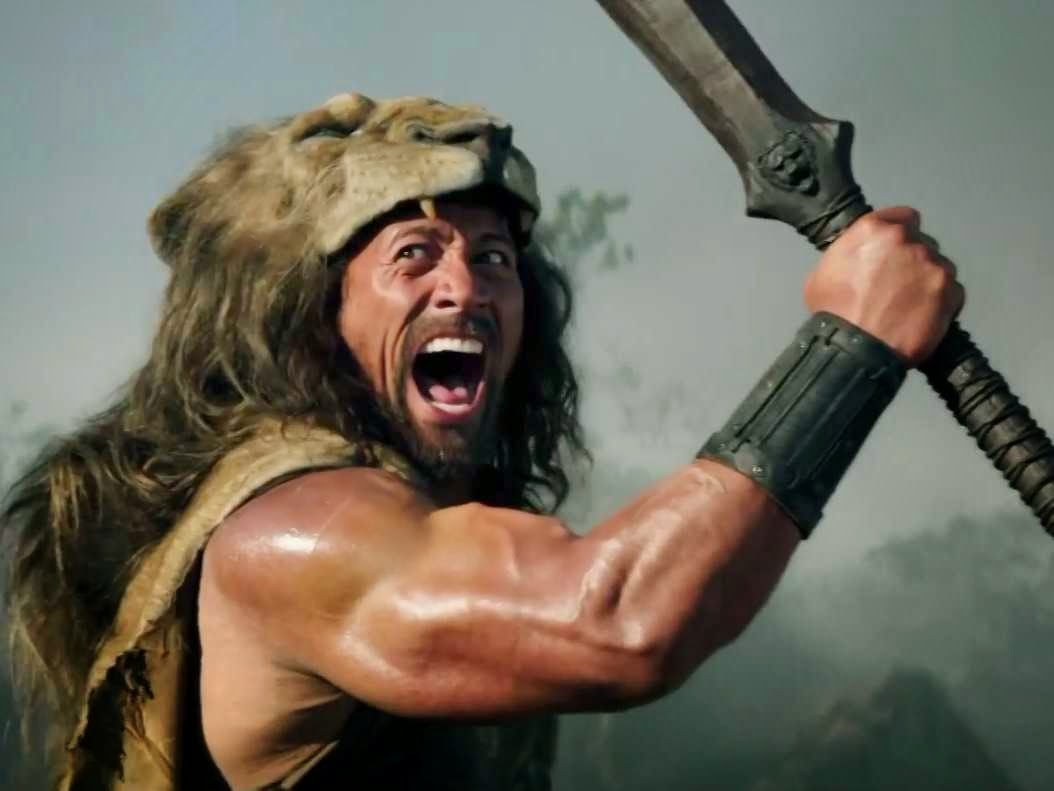 As with all these sorts of tales, there is a dark back story as well, with Hercules having suffered a personal tragedy in the past that haunts him and on occasion forces him to second guess himself.  But overall, he is rather up beat, and when the Rock smiles, its hard not to smile along with him.

Along with the cast’s good humour, the film also made an amazing amount of hay out of its 3D.  Normally, I just forget the 3D after a few minutes and the extra money and the need to wear silly glasses just feels pointless.  However, the use of 3D in this film was great, with “very obvious” 3D scenes reminding me that I had paid a bit extra to experience javelins being thrown towards me, and I was much the happier for it.

Oddly though, the cinema was not as packed as I had imagined it would be for a cheapskate Tuesday at Readings shortly after the films release.  I imagine the film itself has been a modest success, and considering how much I enjoyed it, I am quite keen to recommend it to all who may be into that sort of thing.

Verdict:  The Rock’s Hercules was a huge amount of fun, if a little slow and predictable.  For all its many, many faults and lack of originality, it was very well made and (mostly) lots of fun.  Good on the Rock too for being so damned awesome.  7 tasks out of 12.

PS - we didn't see this version; I don't think it even got a theatrical release...

The Case for Mice and Bears

I went to Ernest and Celestine due to the lack of anything of else of interest in the lead up to the International Film Festival and after seeing that it had an incredibly high score on Rotten Tomatoes, always a good barometer of a good movie!

A small animated tale of French origin (visible in the animation, if not the voices in this dubbed version), the film focuses on young mouse Celestine and her relationship with Bear bum, Ernest.  The two are misfits: Celestine dreams of a bear buddy in a world where bears have the roles of humans and the mice in similar style though underground and in fear of the bears above; Ernest is an artist who lives outside of town but comes in every so often to try and scrounge for food, busking for some scraps from the more well to dos.

Circumstances throw them together, and then the societies throw them out.  Together they find they are happier than they ever were alone and with their own “kind”.  It is a thoroughly sweet tale of friendship and prejudice, with a few knowing jokes about candy and teeth, and all wrapped up in a lovingly animated style.

The voice cast is great too: even just hearing Lauren Bacall is a treat, and with some well known men in leading roles (Forrest Whittaker as Ernest and William H Macy as the lead Dentist), the film doesn’t lack for star talent.

The story is sweet, if a little prone to syrup every now and again.  The ending almost comes undone with its mawkishness (I am not a big fan of oversentimentality, so it may just be me), but it doesn’t dwell on that too long and the road to get there is so amusing and entertaining that both adults and children alike can (and did) enjoy the journey.

Finally, the animation is amazing.  Not overly detailed, with backgrounds looking almost half completed most of the time, its still incredible to behold and get lost in.  There is no highly detailed hair or 3D rendering.  This is all two dimensional, with the background disappearing every so often as the story dictates, and the film also nods to the fact it is animated too, doing things not possible if all the characters believed their world was “real”.

All up then, the film was a real treasure.  It didn’t quite hit me as strongly as the last Rotten Tomatoes-recommended film I saw, but then, as a tale for the whole family, it possibly couldn’t have (well, it could have, but its not Up!).  For what it was though, and as a nice and not overlong film, and for a cold winter’s evening, it was wonderful.

Verdict: Ernest and Celestine is sweet and lovely and very child friendly.  Totally lovely, and the kids in front of me seemed to love it as well.  8 premolars out of 10.