The Case for Harry Potter and the End of the Magic

I always come out of the end of series like Harry Potter, one that I have followed since the beginning, with a sense of sadness.  It’s the end of things as they were.  The stories may be retold, additions may be added, but any of these will be still different.  Such remakes and re-imaginings may even be superior, but the memory of the original will remain.

So, it comes to the review of Harry Potter and the Deathly Hallows Part 2.  The kids from the first film have now all grown up into… older kids.  While the acting ability of most of them remains dubious, the fact they have been these characters for so long means that, for me, their occasionally unconvincing utterances and failures to emote actually are what the characters themselves would be and would do. 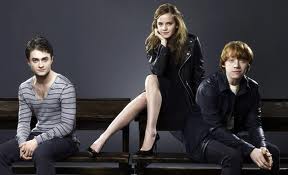 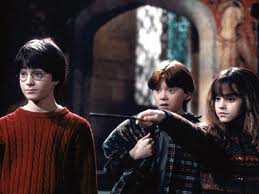 But this is the final Harry Potter film, and with Part 1 setting the groundwork so that only the big confrontation between Harry and Lord Voldemort really remains to be told, there isn’t really a great need for acting or characterisation.  This one is about fighting.  The final battle.  Who lives, who loves, and who dies.  And, in these regards, the final film does not disappoint.

No whizz bangy effect was spared in this.  I saw it in 3D, which meant there were some really neat scenes that leapt out at me, but most of the time things seemed as two dimensional as the characters and acting – though they were still spectacular nonetheless.  I loved the shield that was thrown up over Hogwarts, the unchained dragon and the revisits to some sets from earlier films.  The only real cringes came from (sorry) the kidult actors, with Neville’s rousing speech affecting my stomach more than my heart and Harry’s final revelations all being dealt with in an almost emotionless manner, with no sense of surprise, range, joy, relief or… anything.

The mature actors do add an air of respectability in the thesping stakes, but they aren’t really given a lot of chance to up the acting factor this time around.  I was thrilled when Maggie Smith’s McGonnogal took charge, though she then faded after a very small (almost sub-molecular) joke.  Meanwhile, Gambon and Rickman go through the motions and let everyone in on the plot before it is back to magic blasts and exploding polystyrene.
And as an episode of “Splode!”, this Harry Potter film is brilliant.  People get their just desserts; others die tragically.  The hallowed halls of Hogwarts are blown apart and scattered around, though I really wished someone would coordinate the running of the students so they all went in ONE direction, ideally to somewhere fairly safe – evidently, the school’s staff did not really find it necessary to teach children that running up into tall towers in the middle of a bombardment is not really the best survival tactic.  And the ending is as clunky as the one in the books, so book purists will not be disappointed in that respect.

All up though, it is a visual rather than emotional experience.  While I personally am sad to see the end of the series, I can’t say that it was the film that brought about this nostalgia.  Harry Potter and the Deathly Hallows Part 2’s strengths and failings are keeping in line with the rest of the series, I suppose.  So this film cannot be described as a disappointment, just as I fear I can’t describe it as a triumph.  I can however describe it as an ending.  Good bye, Harry – thanks for the ride.

Verdict: Harry Potter and the Deathly Hallows Part 2 is a visually spectacular film, and happy to be so, having dealt with the need for real story and character development in the previous instalment.  I was not convinced it was that much better in 3D, but I must say that this is a film that deserves a big screen viewing.  5.1 out of 7.2.

I pretty much agree with that judge. Somehow we left feeling flat. It may have been as much about our expectations than anything else.

I do liked the movie, I think its the best in the series

I am more worried about you and how easily you seem to find all these endings. It makes me sad. It is what it is but at the same time it makes me wonder how I could make you happy. Oh and I love the tella tubbies. Even if I cannot spell it.